Michael grew up in Stilwell, Kansas and attended the University of Chicago where he received a bachelor’s degree in both Psychology and English Literature. While in college, Michael was active in theater and learned video production and editing. One of his first projects involved remixing the sound from a famous Friday the 13th trailer with visuals from the trailer for Ferris Bueller’s Day Off. This edit quickly became popular on College Humor. He then made another video and it exploded on Funny or Die. That’s when he realized there was an audience for his crazy ideas.

Michael created Vsauce in 2010 as a channel focused on video game comedy content, and it later evolved to focus on his passion for science and puzzling questions like, “Why Are Things Creepy?” and “What If You Were Born In Space?”. Michael believes a silly or mundane topic can easily become mind-blowing if you take the time to look closer, research and let your curiosity run wild. In asking the right questions - however seemingly weird - you can make anything a profoundly effective lesson.

Michael is based in Los Angeles, where he writes, hosts and edits videos to make sure each episode feeds your hunger for cool and interesting facts and ideas. His partner channels - Vsauce2 and Vsauce3 - are run by Kevin Lieber and Jake Roper. The network of Vsauce channels are the most popular science and education channels on YouTube, with over 25+ million subscribers and 3+ billion views, collectively.

Michael has been featured as a speaker at TEDActive 2013 and TEDxVienna 2013, and he regularly showcases scientific food magic on Jamie Oliver’s YouTube series, FoodTube. In June of 2014, Michael was a guest on Jimmy Kimmel Live. He also has spoken at Adweek, VidCon, MIPTV and given keynotes at FanFest India, Singapore and Australia.

Vsauce received the 2014 and 2015 Streamy Award for Best Science and Education Channel and the 2014 People’s Voice Webby Award for Best News and Information Channel. Michael looks forward to seeing what the future has in store as Vsauce continues to grow and expand its reach. In addition, Michael has produced and hosted three seasons of the YouTube Original series, Mind Field.

Kevin grew up in Cooperstown, New York before attending SUNY Fredonia where he earned a degree in TV & Digital Film. While in college Kevin developed a passion for creating comedy, eventually becoming Editor of The Leader Lamp[Oo]n, the comic strip section of the University newspaper. He also served as Director of Random Acts, an off-campus improv/sketch comedy group. He wrote, directed and starred in his senior capstone film project, The Journey Of Merrill, which went on to win a Gold Aurora Award in 2006.

Slowly the video game comedy theme of Vsauce matured into science and technology. Kevin gauged the audience's interests, interacted with fans and fine-tuned his videos to fit a wider audience. After three years of deep-frying chicken wings and cleaning bars while making videos in his spare time, Kevin started working on Vsauce2 full-time in 2011.

Vsauce2 inspires and entertains by examining mind-blowing technology, the origins of the things around us and the everyday amazing.

Kevin has been featured by YouTube as a model for channel curation to help the site’s content producers learn how to engage audiences and grow their channels. His expertise is shared in videos like “Get Viewers: Find The Audience” and “Become A Trendsetter” and has helped YouTube’s community of over 1 million creators worldwide learn how to build relationships and understand how to develop audience engagement.

He has spoken for the YouTube Pro Series on creating a brand on YouTube, at VidCon on making online content appeal to users, and at NY Comic Con on educating through pop culture. He hosted a panel for XPRIZE’s LOOP, a series of public events to develop local partnerships and to encourage curiosity in scientific and technological breakthroughs.

Kevin is based in the greater New York area, where he continues to write, host and edit Vsauce2 to ensure each episode conveys authenticity and consistency. His partner channels - Vsauce1 and Vsauce3 - are run by Michael Stevens and Jake Roper. The network of Vsauce channels are the most popular science and education channels on YouTube, with over 25+ million subscribers and 3+ billion views collectively.

Jake grew up in Evergreen, Colorado, where he watched movies non-stop and remade some of his favorite flicks with his brother and their parents’ VHS camera. He attended the School of Visual Arts in New York, where he received a degree in Film.

Before Jake joined the world of sauce-someness, he worked as a television producer and directed commercials for ad agencies. He also dabbled in directing and shooting music videos when he had the time.

The Vsauce3 journey began when Jake and Michael met at the YouTube Next Lab in 2011 while Jake was working on Space Lab - a kids show about Space! Together they made a lot of jokes and talked about ideas. Then Jake worked his way into editing a DONG video and the rest is internet history.

Vsauce3 covers the real-world science of fictional worlds: books, video games movies. Jake believes that everything is interesting. There are amazing lessons to learn and facts to find in all aspects of life, even virtual ones. Every show from Game LÜT to HeadShot explores the awesome reality behind unreal stories. Jake loves these explorations, and most of all loves sharing them with his audience and fans.

Jake is based in Los Angeles, where he writes, hosts, produces and edits videos to ensure each episode conveys authenticity, consistency and excitement. His partner channels - Vsauce1 and Vsauce3 - are run by Michael Stevens and Kevin Lieber. The network of Vsauce channels are the most popular science and education channels on YouTube, with over 25 million subscribers and 3+ billion views, collectively.

You might be interested to know that when Jake was 8 years-old, he watched every medical and surgery video the library had. 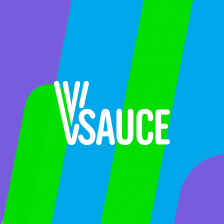 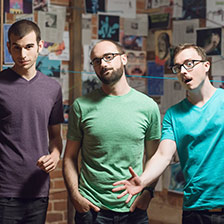